Here at Lismullen NS we engage in the active schools programme using a variety of ways to get our young kids up and moving weather it be Physical Education, sports such as gaelic football, tennis, rugby, swimming and participating it the Active School Week each year. Many other sporting activities also take place during the school year.

ACTIVE SCHOOL WEEK Schools must have completed at least one ASW prior to applying for the ASF and thereafter include it as part of their annual school calendar. 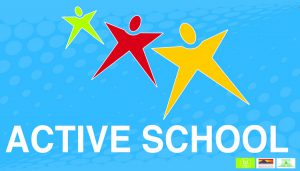 Sport has been an integral part of life in Lismullen N.S. particularly in the last 25 years or so. The fantastic asset of a green area behind the school has contributed greatly to the participation by the children in many and varied sporting activities over the years.

Gaelic Football is geographically very strong in the general area of Lismullen School and of course Walterstown G.F.C is largely responsible for this. Inter schools primary football became firmly established in Meath in 1979 with the formation of Cumann na mBunscol. While only enjoying limited success in the early years a breakthrough was made in 1991 by winning the County title and since then the school has enjoyed unprecedented success winning it many times, the most recent being 2015. The boys team, captained by John Cullen, overcame Kentstown in a thrilling final in Páirc Tailteann.

Girls teams were entered in more recent years and have brought honour and glory to our school winning their first title in 1997 and their most recent in 2015, captained by Jennifer Lynch. The girls put on a fantastic display bringing home the double & The Pat Sheridan Cup to a very proud Lismullen National School.

In recent years, the children have received regular gaelic football coaching from Walterstown GFC’s Games Promotion Officer, Sarah Doran. This link between club & school is what community spirit is all about. We also have a dedicated team of teachers & parents providing after-school coaching to both boys’ & girls’ teams for the duration of the Cumann na mBunscol campaigns.

Mini-leagues run on our school pitch in the Summer term, for younger children, and prove invaluable for improving the skills of the game and giving everybody a chance to play Gaelic.

The “Irishman’s” cricket game has been played with gusto for many years in Lismullen. Many a battle was fought against ‘local’ opposition on our school pitch with disputed decisions and cries of ‘out’ the order of the day. Both our girls and boys have had success at county level, the boys winning three titles and the girls winning four.

Every Spring term, our children, from first to sixth, go to the swimming pool for lessons and as a result by the time they arrive at 6th class they have reached a high degree of proficiency. Many thanks to the Parents Association without whose assistance this venture would not be possible.

Tag rugby coaching regularly takes place in the summer terms. This year it is hoped all children from third to sixth will receive rugby training through Meath Local Sports Partnership who have teamed up with the IRFU and Leinster Rugby.

Our school takes part in the Primary Schools’ Futsal Programme.

Cycle training is provided to sixth class this year in conjunction with the Meath Local Sports Partnership.

Don't forget our Bag2School is on this Tuesday morning! Bags can be dropped into the school from 9am that morning. ... See MoreSee Less

We're having a clothing collection in the school on Tuesday 8th November with all proceeds going towards a special visit in December so get clearing out those wardrobes over the mid-term! Bags can be dropped to the school between 9am-10am on the 8th. List of accepted items is in the photo. As always we would like to thank all our wonderful parents & guardians for their continued support. ❤️ ... See MoreSee Less

🎉🎉🎉🎉🎉🎉🎉🎉🎉We are delighted to announce that our Marathon Relay raised an amazing €6102.44 💪🙌🏃🏃‍♀️Thank you to everyone who sponsored us so generously!We appreciate all your support especially at this time. ... See MoreSee Less

Many thanks to Medguard for the kind donation of the First Aid Bag and extra Ice Packs for us to bring with us to our Cumann Na mBunscol GAA matches. #lismullen ... See MoreSee Less

Reminder The Parent's Association's AGM is on tonight Wednesday September 21st. at 8 pm. Please come along and show your support. ... See MoreSee Less

The Parent's Association's AGM is on next Wednesday September 21st. at 8 pm. Please come along and show your support. ... See MoreSee Less

Hope everyone had a lovely summer! Can all cars please park on school side of the road , not on opposite side! Thank you ... See MoreSee Less
View on Facebook
· Share

There are no upcoming events.